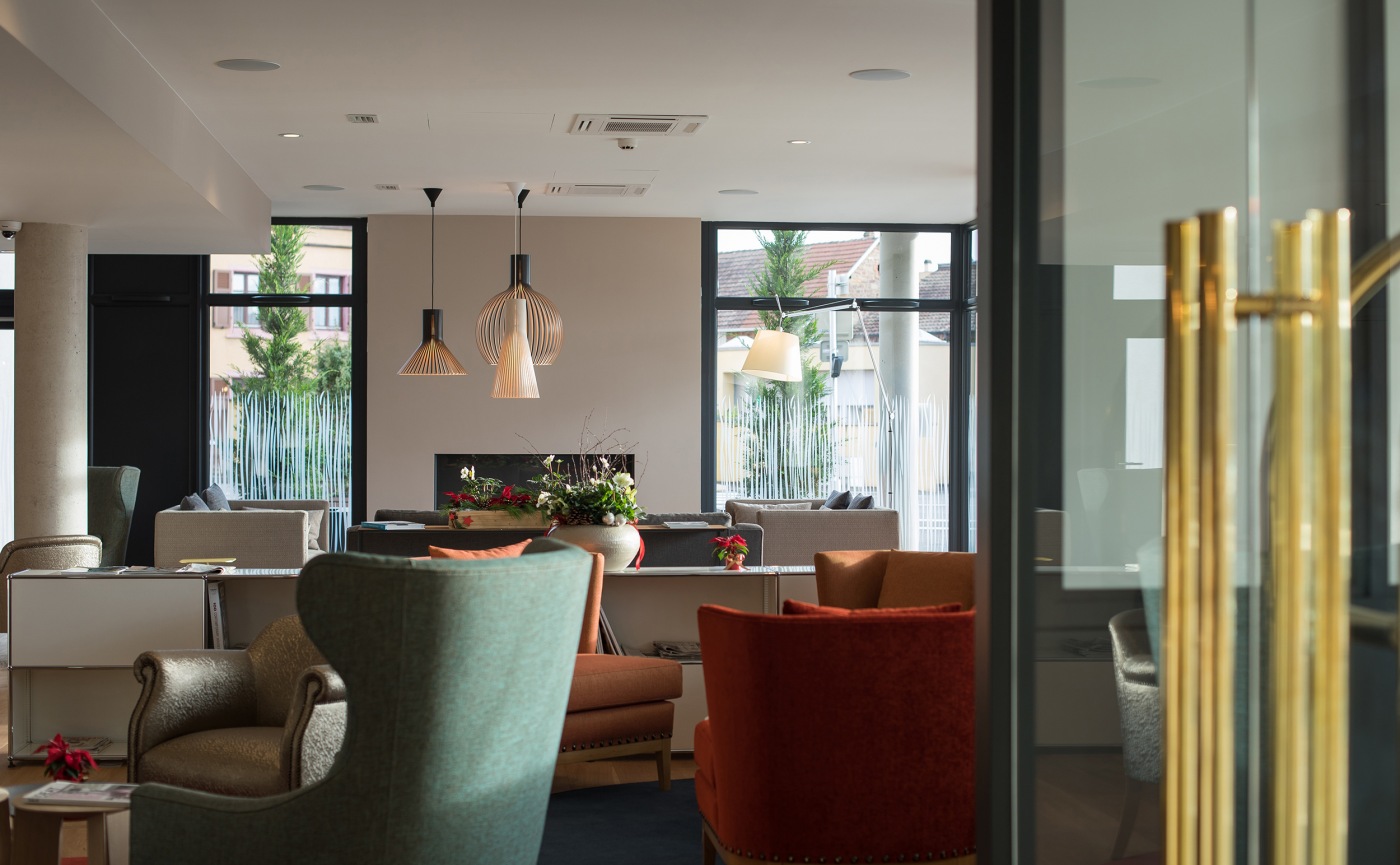 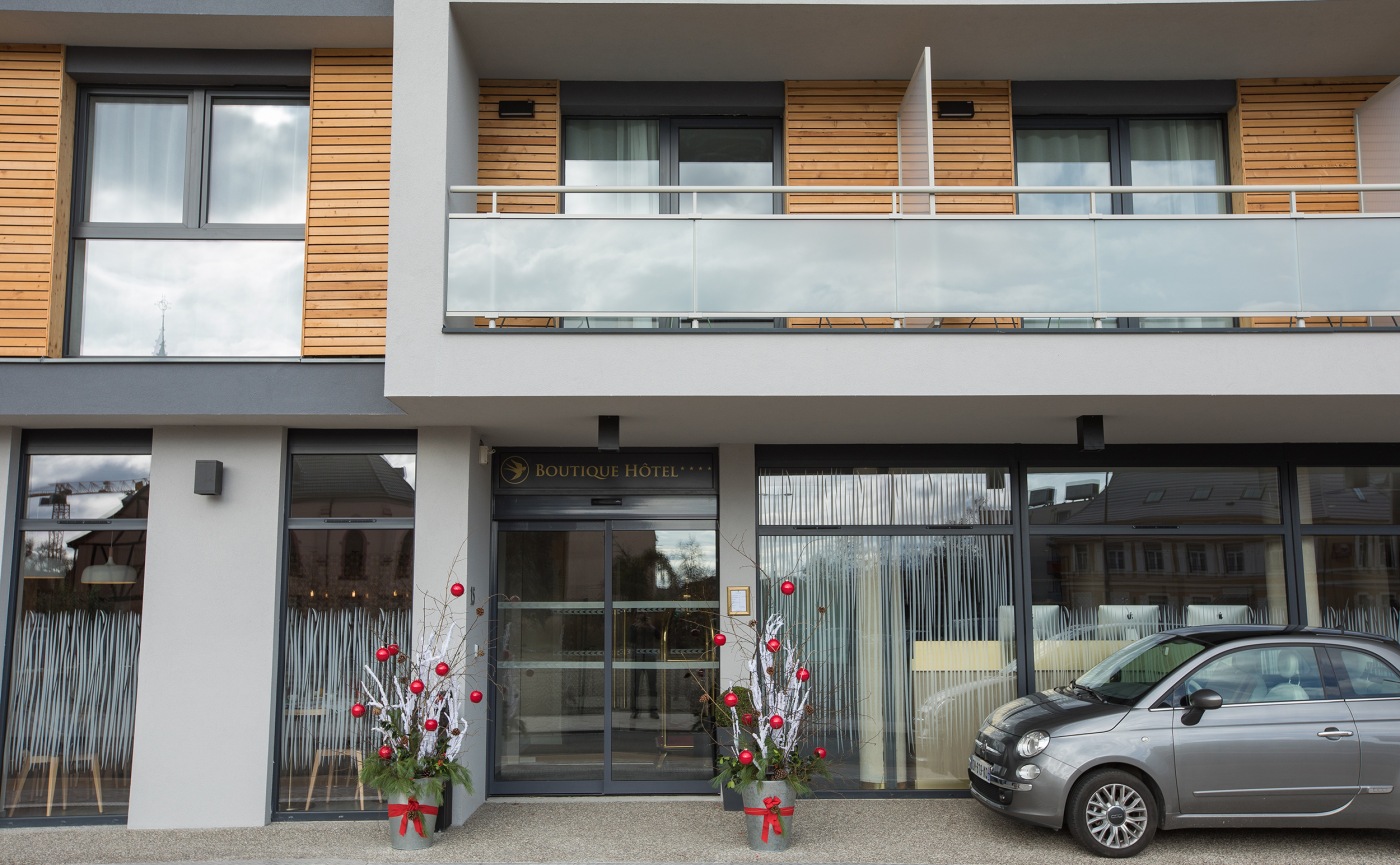 Presentation of the hotel in Colmar

Emerging in New York in the 1980s, the Boutique Hotel's niche market experienced a boom at the end of the 1990s. It is a subjective concept, without any predefined specifications.

For Americans, "boutique" - a French word - is the opposite of "Malls" (huge shopping centres). For them, a boutique is somewhere small and attractive, that offers a personal service, where customers are known and recognised when they visit.

This is where the notion of "boutique hotel" comes from, that is now used in the hotel trade. This type of hotel fills the space left unoccupied by the standardisation of large hotel chains. Unlike these, each establishment has its own unique style based on its own specific positioning and personality.

It was Andrée Putman who paved the way for these structures with the Morgans Hotel in New York, an establishment still considered to be legendary and avant garde. Later, at the start of 2000, Starck and Jacques Garcia developed the concept in France and Europe: The Mama Shelter for Starck and the Athénée Hotel, the Odéon Hotel, le Fouquet’s, the Costes Hotel for Jacques Garcia and, more recently, the magnificent Hotel de Nell - Paris by Jean-Michel Wilemotte.

The Boutique Hotel aims to be an extension of the guest's lifestyle, which is why the 4-star James Boutique Hotel has drawn its inspiration from this spirited & responsive concept to design a unique establishment that is free and accessible.

A style rooted in the present, half-way between a bed & breakfast and a traditional hotel

At the James, we know that you are looking for somewhere warm, different and revitalising so that your stopover in Colmar is a success. At the James, we invite you to rest in a stylish and contemporary setting with a timeless and welcoming interior design.

Caroline Tissier, the talented Parisian interior decorator, has created atmospheres with specific and magical styles thanks to a combination of harmonious colours and noble materials.

The establishment offers hushed interiors, so that each room is a haven of peace, ideal for privacy and a sense of adventure.

The James' universe is all about authenticity, simplicity and taste so that each guest feels both as if he or she were "at home" and elsewhere.

After arriving from Portugal when he was young, Jaime Armindo started out his career in football before moving to the construction sector where he worked for 35 years.

Known as James by his friends, he fell in love with Colmar and Alsace, a fascinating region that offered a wealth of opportunities.

With his entrepreneurial and enthusiastic spirit, he decided to set himself a new challenge with his entire family: to create a tasteful hotel where everyone is able to chat and live together as if they were at home.

This was how the 4-star James Boutique Hotel came into being. Through our different journeys, our family has developed a great sense of hospitality. We want to accompany our guests as well as possible and adapt our services in order to cater to their demands to the letter. For us, attention to detail and the well-being of others are essential.

And it was quite natural for us to choose the swallow, a lucky charm and symbol of hospitality and loyalty in Portugal, to represent our hotel, your new nest.